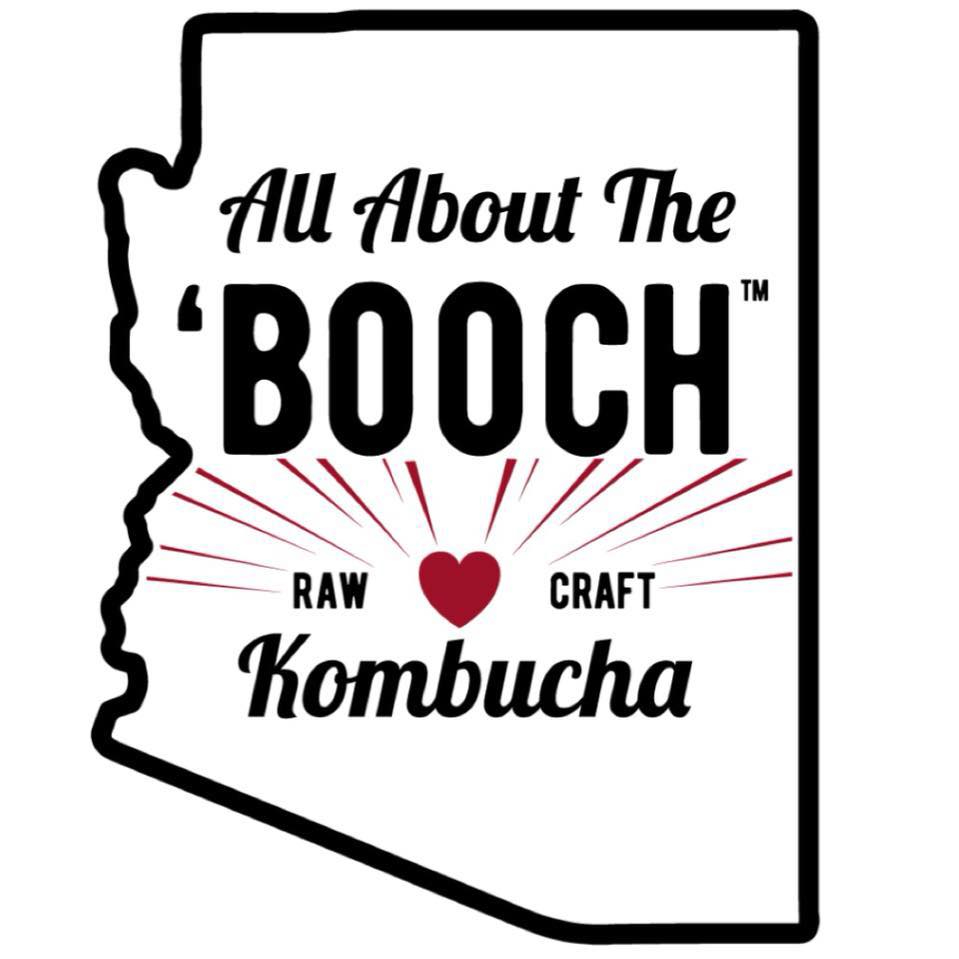 All About the Booch
City: Glendale, AZ,
Email Address: katerina@blueskyorganicfarms.com
Website: https://allaboutthebooch.com/
About Us
All About The ‘Booch™ started as a fun healthy hobby that quickly escalated out of control!

Let’s back up a few years (circa 2016)… We won a kombucha starter kit at our girls’ school’s parent teacher mixer. We’d heard about kombucha (or ‘booch as we like to say) and generally knew it was good for you but that was about the extent of our knowledge. The kit we won came with a simple recipe off of the internet. After sitting on the counter for a few weeks, we finally decided to give the kit a try and we made our first 1-gallon brew. Shortly after making our first batch, we started a Instagram account called – All About The ‘Booch – to chronicle our ‘booch brewing adventures. To this day, you can scroll all the way back to our first post and watch our transition from home brewers to commercial brewers.

A couple of months later, we added a second 1-gallon brew vessel and started to experiment with infusing different fruits and herbs. Eventually, we got ourselves up to brewing about 10 gallons at home that we were sharing with friends and family. As you can imagine, ‘booch took over our kitchen and dining room. We had bottles everywhere!

As our passion for ‘booch continued to grow, we started to think about the idea of going commercial. We talked to friends, family, and other local business owners to get their thoughts. And then one day, a local fermenter, who we befriended during this journey, called and said she was opening her own commercial kitchen in downtown Phoenix, and she asked if we wanted to move in and make ‘booch. Let’s just say, she made us an offer we could not refuse!

In November, 2019 (almost 2 years to the day from moving into the shared kitchen) we moved into our own commercial production space just outside of downtown Glendale.

And that brings us to today. We are proud to be the first permitted kombucha microbrewery in Maricopa County (permitted in April, 2018)! We hope you enjoy our locally made, raw, craft kombucha. We know you’ll taste the difference! #allaboutthebooch

Practices
Each month, we select a different local non-profit that is committed to making our local community better and we donate a portion of that month’s sales to them. So when you buy a bottle of All About The ‘Booch, not only are you supporting a local small family business but you are also helping support local non-profits that are committed to making our community better. And you are helping your own gut. It’s a win-win all around!